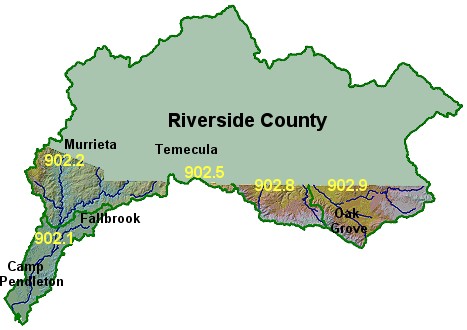 The Santa Margarita Watershed can be divided into nine distinct hydrological areas, each with unique hydrological and environmental features:

Of these nine hydrologic areas, only 5 are located at least partially within the jurisdiction of the County of San Diego:

For the purposes of this overview, these portions of the watershed within the County of San Diego will be referred to here as the Santa Margarita WMA. Rainfall to the area primarily drains through the Santa Margarita River, which originates where the Temecula and Murrieta Creek systems meet near the City of Temecula, in Riverside County. The river eventually discharges to the Pacific Ocean after flowing through several unincorporated areas, the community of Fallbrook, and the Marine Corps Base Camp Pendleton.

According to 2010 U.S. Census data, the Santa Margarita Watershed is estimated to be home to approximately 320,000 residents, of which about 28,000 are located in San Diego County. Currently, the majority of development is concentrated in Riverside County, in the upper watershed basin. Without effective planning measures in place, however, a major concern is that this spur in development could exacerbate current surface water quality problems downstream.

The lower river and estuary have largely escaped the development typical of other regions of coastal Southern California, and are therefore able to support a relative abundance of functional habitats and wildlife. In fact, Santa Margarita Watershed is home to some of the largest populations of endangered and threatened species in Southern California. Its swaths of predominately untouched land act as critical habitat to approximately seventy (70) Federally- and State-listed endangered and threatened species, including the arroyo toad, the pacific pocket mouse, the southwestern willow flycatcher, and the least bell’s vireo. Offshore, moreover, it is not a rarity to observe a number of marine animals of special concern.

These include species like Guadalupe fur seals, the Pacific loggerhead turtle, and the blue whale, among others. Like other watersheds, the bodies of water within the Santa Margarita Watershed have been assigned beneficial uses.

November 5, 2020- The Santa Margarita River (SMR) Watershed Management Area Responsible Agencies are developing an update to the SMR Water Quality Improvement Plan (WQIP). The public is invited to submit written comments on the Draft WQIP Update during the review period from November 5, 2020 to December 7, 2020. Please see the Notice of Opportunity to Comment  for additional details.

Agencies involved in the development of the Santa Margarita Water Quality Improvement Plan (WQIP) include the California Department of Transportation, the County of Riverside, the Riverside County Flood Control and Water Conservation District, the County of San Diego, and Cities in Riverside County – Menifee, Murrieta, Temecula and Wildomar. The WQIP is a requirement of updated stormwater regulations adopted by the Regional Water Quality Control Board (Regional Board) according to Order No. R9-2013-0001, as amended by Order Nos. R9 2015-0001 and R9-2015-0100. The ultimate goal of the WQIP is to protect, preserve, enhance, and restore water quality of receiving water bodies. These improvements in water quality will be accomplished through an adaptive planning and management process that identifies the highest priority water quality conditions within the watershed and implements strategies to address them.

The Regional Stormwater Permit (Order No. R9-2013-0001, as amended by Order Nos. R9-2015-0001 and R9-2015-0100) requires that the San Diego Region Copermittees provide access to their Jurisdictional Runoff Management Program documents on a Regional Clearinghouse website. The purpose of JRMP documents are to guide implementation of programs and strategies to reduce pollutants discharged from each Copermittee’s storm drain system to receiving waters.

The County of San Diego JRMP is listed below. JRMPs for other Copermittees involved in the Santa Margarita WMA may be found on their Regional Clearinghouse website.

The final model BMP Design Manual, its appendices, and associated materials can be retrieved from here –

Under Section 303(d) of the Clean Water Act, a number of water bodies from the Santa Margarita WMA were determined to be impaired due to excessive nutrients, an issue that is required to be addressed through a number of best management practices in conjunction with regular monitoring. As such, Copermittees (also referred to as Responsible Agencies (RAs)) focus their treatment and cleanup efforts on this particular water quality condition. Because the Santa Margarita Watershed crosses county borders, these efforts require a significant amount of collaboration from agencies in both San Diego and Riverside Counties.

When excessive quantities of pollutants are deposited into these water bodies, they may inhibit many or all of these beneficial uses and can result in actions such as beach closures and postings, newly listed threatened and endangered species, etc. Several sources have been identified as impacting the above beneficial uses, including: agricultural areas, orchards, livestock, domestic animals, septic systems, use of recycled water, and urban runoff.

As part of the process, Copermittees are required to develop a comprehensive Water Quality Improvement Plan (WQIP) for the WMA that identifies highest priority water quality conditions, strategies to address them, and monitoring plans. The WQIP and associated Annual Reports are required by Order No. R9-2013-0001 as amended by Order Nos. R9-2015-0001 and R9-2015-0100 and pertain specifically to improving the quality of both storm water and non-storm water discharged by Copermittees’ municipal separate storm sewer systems (MS4s). The Santa Margarita WMA WQIP has been submitted to the Regional Water Quality Control Board for approval. 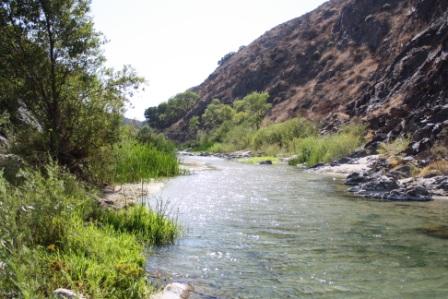 Situated near the border of San Diego County, the Ysidora Hydrologic Area covers a land area of about 28,000 acres. The County of San Diego manages all outfalls associated with the storm water conveyance system for the portion of the Santa Margarita Watershed that lies within its borders (hereby referred to as the Santa Margarita WMA), including the entirety of the Ysidora Hydrologic Area.

The region is protected from most urban and suburban development due to its military land use; however, water quality conditions further upstream still exert significant pressures on the Ysidora system. Accordingly, land within the sub-watershed is predominately military lands (89%), other land uses being residential (4%) and agricultural (2%).

Despite ongoing efforts by the County of San Diego and Riverside County copermittees, the Ysidora Hydrologic Area contains several water bodies that have been listed as impaired under Section 303(d) of the Clean Water Act. These include the Santa Margarita River Lagoon, which is considered eutrophic, and the lower Santa Margarita River, listed as impaired for enterococcus, coliform bacteria, phosphorus, and nitrogen. 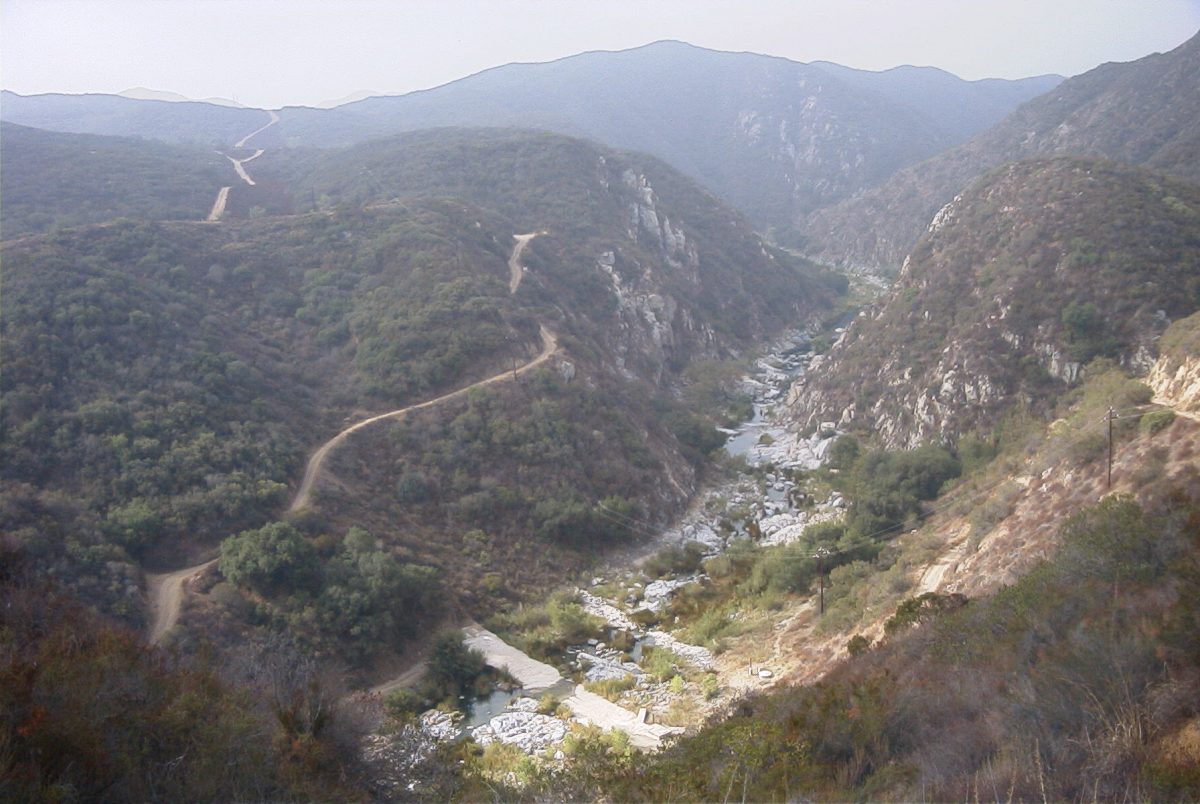 Undeveloped lands and open spaces make up the largest share of the De Luz Hydrologic Area, at forty-two percent (42%). In addition, Marine Corps Base Camp Pendleton comprises about thirty-one percent (31%) of the system’s area, followed by residential lands at fourteen percent (14%) and agriculture at twelve percent (12%). The system also contains a small fraction of the 4,340 acre Santa Margarita Ecological Reserve, home to thirty (30) miles of protected riparian habitats alongside Santa Margarita River.

A number of water features located here have been singled out as impaired under Section 303(d) of the Clean Water Act. For example, the upper reaches of the Santa Margarita River have been noted as impacted by phosphorus and aquatic toxicity. Similarly, Rainbow Creek was listed for nitrogen, phosphorus, iron and sulfates.

Riverside County copermittees are held responsible for most of the municipal separate storm sewer systems (MS4s) in the Pechanga Hydrologic Area, although the County of San Diego manages the storm water conveyance system in the 1,280 acres within its jurisdiction.

With undeveloped and open space lands constituting ninety-nine percent (99%) of the land area, the Pechanga Hydrologic Area remains largely in its natural state. Because such a small portion of the Pechanga system is within San Diego County, most impaired water bodies are monitored by Riverside County copermittees. 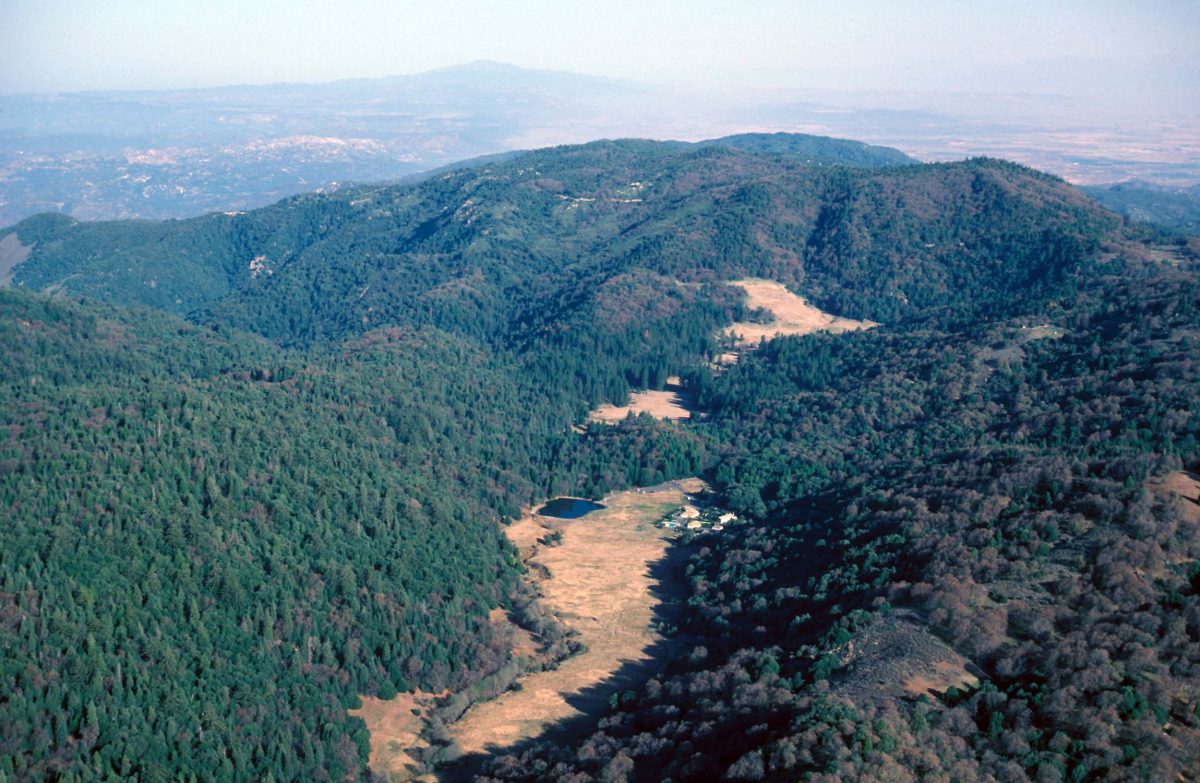 Located near the upper reaches of the Santa Margarita WMA, the Aguanga Hydrologic Area encompasses approximately 20,000 acres and about sixteen percent (16%) of the area within San Diego County’s jurisdiction. No additional municipalities are contained within this portion of the sub-watershed, so the County of San Diego is the only permittee in this area. 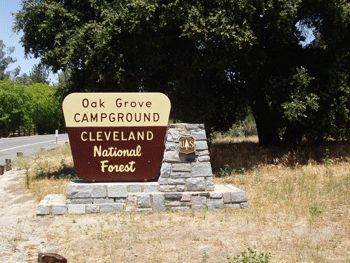 The Oakgrove Hydrologic Area encompasses about 36,000 acres of land in the headwaters of the Santa Margarita WMA. As is the case with its counterpart hydrologic areas, the County of San Diego is the only jurisdiction here. It remains mostly undeveloped, agricultural and residential land areas constituting only about seven percent (7%) each of the system.