This month, we are proud to announce that Project Clean Water (PCW) won an Achievement Award from the National Association of Counties (NACo) in their Civic Education & Public Information category.

The PCW behavior change campaign is a five-year marketing campaign that launched March 2021. The goal of the campaign is to raise knowledge and awareness of stormwater pollution issues in order to expand source control efforts by encouraging San Diegans to engage in pollution-reducing behaviors. Areas of focus include reducing irrigation runoff and the use of garden chemicals; engaging in proper trash and pet waste disposal; and capturing and reusing stormwater.

PCW partnered with marketing experts at MIG to help develop the brand and identity for the organization and redesign their website. Tools used to reach target audiences include social media, newsletters, radio and digital advertising, regional events and partnerships, and coordination with our coalition of regional nonprofits working in the pollution-prevention space. 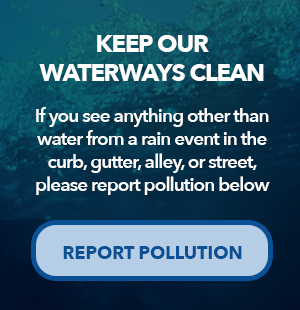